The NEANS Panel addresses issues and concerns relative to the freshwater and marine resources of the states of Maine, New Hampshire, Vermont, Massachusetts, Rhode Island, Connecticut, and New York. These jurisdictions are represented on the Panel membership. Due to the bi-national significance of waters included within these jurisdictions, the Panel also includes the freshwater and marine resources of the provinces of Quebec, New Brunswick, and Nova Scotia. Federal and provincial governments of Canada, as well as other relevant stakeholders participate as full members of the Panel, ensuring appropriate representation.

Click on a state or province to go to the respective information page. 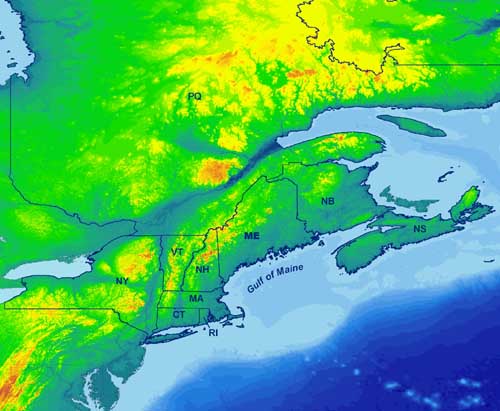